Madame President Clinton’s Coming War on the Blogosphere, and Your Countermeasures

Madame President Clinton’s Coming War on the Blogosphere, and Your Countermeasures – SurvivalBlog.com

Now that Hillary (“Hitlery”) Rodham Clinton (HRC) has received the Democratic Party nomination for president, there is a strong likelihood that she will win the election in November and then be enthroned as president in January of 2017. I predict that she will waste no time in launching an onslaught of punitive new policies via executive orders, presidential memoranda, and policy directives promulgated through her cabinet and Federal agencies to eviscerate our Constitutional rights (most notably the 1st and 2nd Amendments). A key goal this campaign will be silencing dissent in the alternative press and the American blogosphere. Given HRC’s history in government “service”, her outlook on life, her socialist agenda, and her vindictiveness, I anticipate that any or all of the following measures will be undertaken by the HRC Administration:

I can see all of this coming, and I refuse to be muzzled. I aim to misbehave. If need be, I will relocate so that I can still blog freely. In anticipation of HRC’s possible upcoming coronation, here are some possible countermeasures for my fellow bloggers to seriously consider:

I don’t mean for the foregoing to sound alarmist. Consider me a realist. – JWR

Note: Permission is granted for re-posting of this entire article, but only if done so in full, with proper attribution to James Wesley, Rawles and SurvivalBlog, and only if the included links are preserved.)

It’s Not Just A Clash Of Civilizations, It’s Also A War Of Religions

The Pope’s comments yesterday were positively idiotic and a betrayal of Christians!
TES
“I had a long conversation with the imam, the Grand Imam of the Al-Azhar University, and I know how they think. They seek peace, encounter.
“I do not believe it is right to identify Islam with violence. This is not right or true.”

It’s Not Just A Clash Of Civilizations, It’s Also A War Of Religions 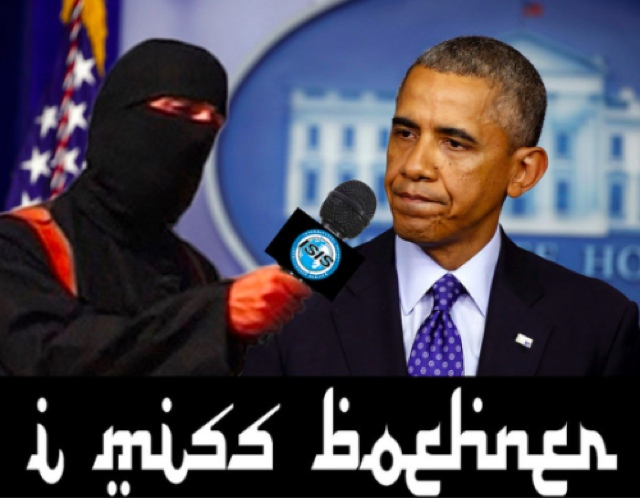