I needed a CO2 laser in house instead of sending my laser work out and wasting a ton of time and cash.
This is generically known as a K40 laser.  This particular model came from Ali Express.  10 days before it shipped and then 5 days to arrive to my door, from Hong Kong.
So when I found this available for $460 I got it.

Total with shipping and customs was $605

Here are the pics and the review. 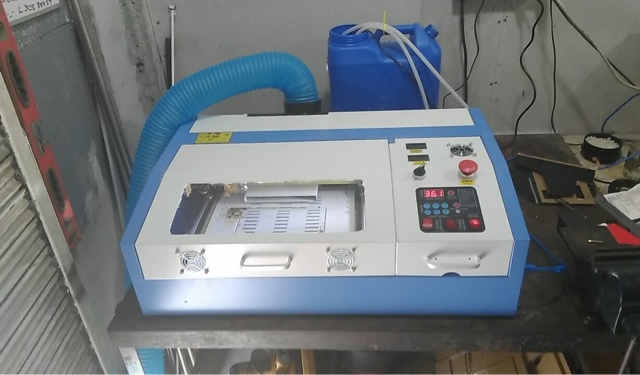 it is bigger than it looked in the photos.
The plastic jug is the coolant tank.   Has since been replaced with a more long term setup.  The cheap plastic duct has been replaced because it is a fire hazard.  I also moved it to a location closer to the exhaust fan.  Have one fan pulling out from the box and another at the wall where it exits making sure the nasty fumes get well diluted and blown far from the building. 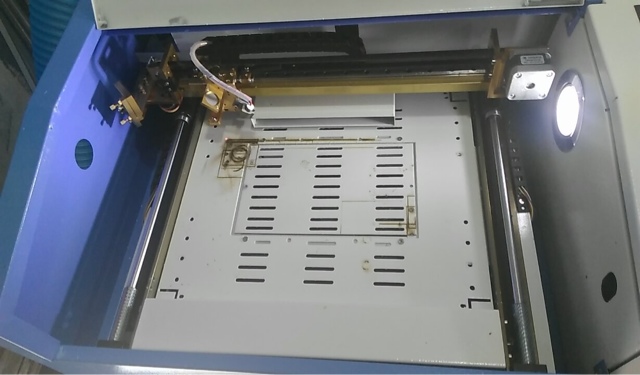 The mechanicals and optics appear to be above average for this type of machine. The motors are a bit small, but the mechanicals are good quality.  I did run it fast once and the motors lost steps.  So it appears that my 3d printer is better on that department. 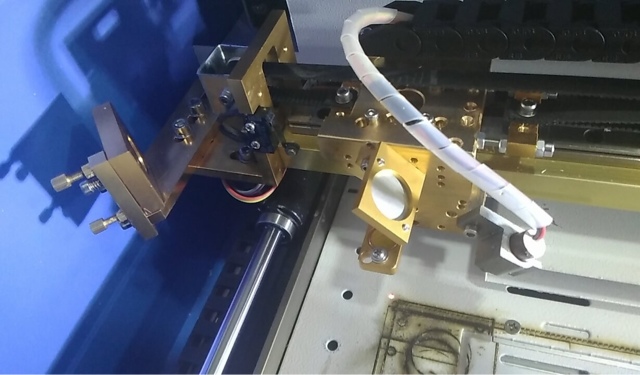 The optics arrived misaligned and dirty.  Typical from what the other YouTube videos show.  There are plenty of tutorials how to get it running on YouTube, which I viewed before it arrived.
The working area on this one is not 300x200.  More like 280x220  there is a laser spotter that makes me lose some travel. 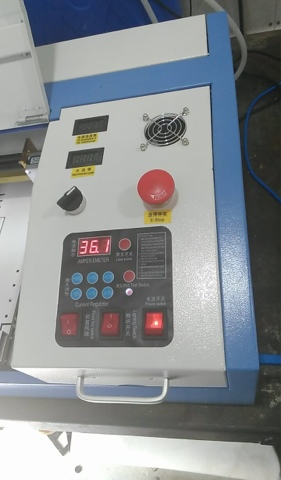 Several switches were junk, and got replaced.  I need a amp meter to fully know what the power settings should be.  Apparently the numbers are not percentages and full power will blow the tube.  40 watts is 15 milliamperes power.  Apparently they re-use the same controls and electronics for larger laser tubes and don't bother to change the numbers or limit it for smaller laser tubes.
All in all it works nice.  Software is crap though.
2 comments: Links to this post