Not a lot to report yesterday.  Continued to grind and earn.

This morning CNN Philippines had a article.

59 people caught it from 3 Chinese locally so far.


"Kapag ang bansa nagkaroon na ng local transmission katulad ng Singapore nagshishift. Kapag ncov ka, sa bahay ka na lang, inaadmit na lang severe cases hindi na lahat tinetest. Ang tinetest mo na lang talagang high risk," he explained.
[Translation: If a local transmission occurs in the country, just like Singapore, this means a shift. If you have COVID-19, just stay at home and we will admit only the severe cases and not everyone will be tested. We will only test those at high-risk.]

checked the flights from China today.

My sister in law in quarantine in Macau is posting on Facebook, pictures of her running around Macau despite the quarantine.

Photos of her on a empty bus, bragging how it is like she owns the bus cuz she is the only passenger.  Photos of her in Church with others and masks partially removed.  Her Filipino friends back in the Philippines egging her on with comments saying how she is so cool and lucky.

the Philippines has basically ended the mutual defense treaty.  All because the Filipino president read something that Senator Dick Durban made some remarks about a Filipino Senator held without trial for 2 years now. So the Phils gov, badded Dick Durban for life from the Philippines.

Why Two Dem Senators Have Been Banned From the Philippines

https://townhall.com/tipsheet/leahbarkoukis/2019/12/27/when-two-dem-senators-have-been-banned-from-the-philippines-n2558612/
Dec 27, 2019Democratic Sens. Patrick Leahy and Dick Durbin have been banned from visiting the Philippines over a measure that aims to punish Philippine officials involved in the jailing of a government critic.

Bato confirms his US visa has been canceled - UNTV News ...

https://www.untvweb.com/news/bato-confirms-his-us-visa-has-been-canceled/
Senator Ronald 'Bato' Dela Rosa. Senator Ronald "Bato" dela Rosa confirmed on Wednesday (January 22) that the United States (US) has cancelled his visa. Dela Rosa said he was informed about the cancellation of his visa when he made an inquiry about his visa status on Monday (January 20).

So then in response he cancels the VFA.

I guess the hospital ships will not visit the Philippines during the pandemic.

Update, the  native tribes getting restless.


BAGUIO CITY –– The popular tourist town of Sagada in Mountain province has temporarily shut its doors on visitors as a precautionary measure against coronavirus disease (COVID-19).
Sagada Mayor James Pooten Jr. on Thursday ordered the suspension of eco-tourism activities within the municipality “until further notice.”
Pooten said he consulted the community about the suspension, which is in response to the growing concern over the outbreak of COVID-19.
He said the town has started implementing prevention and control measures to protect the health of its residents.
Sagada is frequented by tourists because of its burial caves, landscapes, and indigenous culture.

3 nurses got sick from the Chinese that was in Bohol.

Chinese woman flies in to Macatan airport in Cebu.  As shown in this screenshot.

this can take anywhere from 30 min to 90 min, plus her time in arrivals.

Once at the passenger boat port, she could wait easily 1.3 hours depending on the boat, assuming she didnt overnight in Cebu.

2 nurses infected on the boat ride with the Chinese.

Story gets unclear, as to how the nurses were with the Chinese woman when she went from Cebu to Bohol as hcinese woman was diagnosed in Bohol. 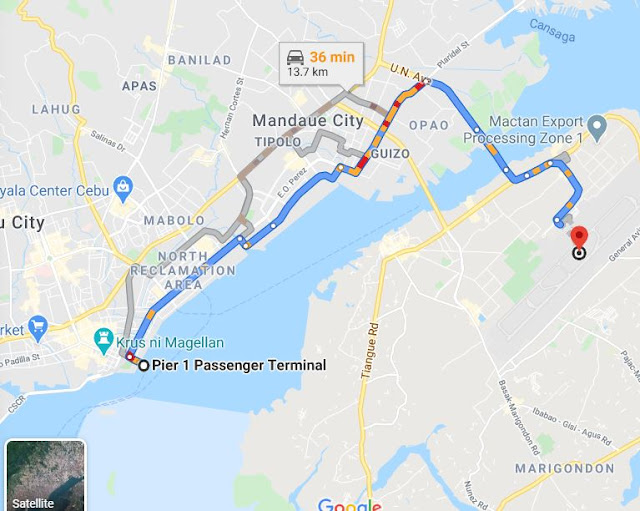 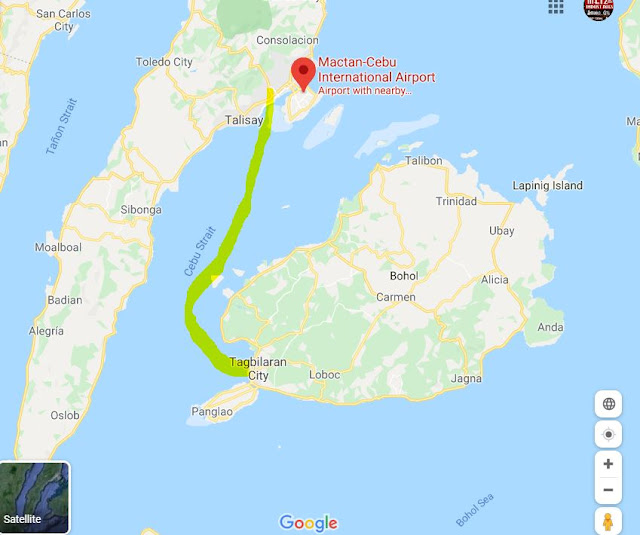 More quarantined here this time at the  Quezon city military hospital. (not veterans memorial)  Cant find the link at the moment.  The manipulation by google search results is just insane.

News yesterday said it was in a isolation ward used for TB and MERSA.

Thing is, I have seen that hospital.  Very sad shape place.  Many buildings run down or falling apart, the grounds are half overgrown jungle.

Captain Sherwin Joseph Sarmiento, spokesperson of the Health Service Command of the AFP-Public Affairs Office (PAO), confirmed that they were keeping an eye on an undisclosed number of persons under monitoring (PUM) and persons under investigation (PUI) isolated at the infection ward of the military healthcare facility.

Sarmiento refused to divulge the exact number of PUMs and PUIs being assessed citing the principle of confidentiality and data privacy.

“PUMs are the ones with travel history in countries that the Department of Health says: China, Hong Kong and Macau (The PUMs are those with travel history to China, Hong Kong and Macau as advised by the Department of Health [DOH]), ”Sarmiento said in a radio interview over dzBB, referring to countries where the government implemented a travel ban.

The V. Luna General Hospital is tasked to provide medical care to military and civilian personnel of the AFP, including their immediate dependents, when the nCov outbreak happened in Wuhan, China.

In the Philippines, the first confirmed nCoV case was noted on January 30, 2020 — a 38-year-old Chinese woman who arrived from Wuhan. As of Saturday, the Department of Health said there were three confirmed nCoV cases in the country including one fatality, the male companion of the woman.

Sarmiento, who is a doctor, allayed fears by other patients admitted at V. Luna Hospital since the PUMs and PUIs were quarantined in a building separate from the main hospital.

The infection ward was previously being used to treat soldiers and their dependents with tuberculosis, measles and other multi-drug resistant diseases.

However, it has since been cleared and transformed to a quarantine area for military personnel and their dependents who are suspected to have acquired the deadly respiratory disease.

Still in this feeling of dissonance.  Am I going crazy?  Is the media gaslighting me?  One angle the news is just so insane but presenting a lot of facts, and the actions of the gov are one of panic.  On the other hand, we are being told that it is not so bad blah blah.

On one hand those in the know, KNOW for a fact that the gov will lie when the news is this bad.  It is another thing to actually see this in action.

I took what could be my last trip downtown for awhile.  At least until this virus thing blows over.

Or as the Filipinos add on the caveat "if ever"

Stocked up on 200 meters of 8mm copper wire for the solar system.

I got a solar install job down south on another island.  It was supposed to kick off in 25 days from now.  However postponed until June due to the virus.  Or "if ever"

I am not usually in the solar business, but the money was nice and well I gotta earn, so I took it.

Meanwhile, because of the coming supply disruptions from China for just about everything, I bought all the materials ahead of time.  If the virus goes all doomsday, I got plenty of electricity for me and to run the community water well + a three phase inverter in case the well is three phase.

If the virus situation goes away, I still got the materials at the pre-virus price, and able to fill the contract, collect the final payment (total job is the cost of a new SUV) and basically all my expenses are covered for a year.

I do not drive in downtown Manila.  So either I have a employee drive me, take public transport or a taxi/grab (grab is like Uber)  My driver was wearing a mask and started coughing during the trip.  he said he was a smoker, so odds are he just has a ordinary cold.  However can never be sure now days.