I am putting together a list of items I want for my shop.

I have been looking at prices for equipment to start a small manufacturing operation.

Based on what I have seen, One could put together a advanced shop, and I mean really advanced one, for around 10k dollars that would have cost easily 500k dollars 10years ago.

This machine I would use for making finished items and metal casting molds.

I would also consider a larger machine like a FDM machine for some of the other types of plastic.

I recently purchased a rather high grade CNC from China that will be about $1500 when finished. It used 20mm guides vs the 16mm of the cheaper Rattm motor machines, and since I bought the parts seperately, I got over sized stepper motors, bigger spindle (1.5kw) and the bells and whistles.

It will handle even steel if using certain machining techniques.

A cheap harbor freight drill press. Mine was $60 on sale.

Metal foundry to cast aluminum, bronze, brass or copper is only about $400 which includes the crucibles.  Electric, not the charcoal design.

Add in work bench, a couple cheap computers, hand tools and you have everything you need.

If for example one was to make firearms, you could use this list of items and be capable of making pretty much every part you need except maybe the barrell.

This post will be a bit of connect the dots research.

Today I was reading about the history of Spindletop and Captain Lucas (Austrian Army Captain) discovery of oil in Texas.

The oil well was so big at the time that just that first well produced more oil daily than every other well the world COMBINED.

What really struck me though was this quote:


Now, people realized the true potential of oil - the vast resources that were, in fact, there, and the vast potential that remained. Before Spindletop, oil was used many for lamps and lubrication - after Spindletop, petroleum would be used as a major fuel for such new inventions as the airplane and automobile. Ships and trains that had previously run on the power of coal, now began to switch to oil, becoming convinced that there would be no shortage of the fuel anytime soon. As an example, the Santa Fe Railroad went from only one oil-driven locomotive in 1901 to two hundred and twenty-seven in 1905.

Except, that they base their numbers and predictions on the price of COAL consumption.

Frankly I am getting sick of the world is ending predictions.

I heard someone correctly predict the coming US economic depression back in 2007,even before Glenn Beck started talking about it.

I regularly read SHTF Plan, and related sites all this time.

That has been TEN whole years now.

Yes things in the USA suck hard.  India is sucking, and some other places are sucking.  How ever all the economic pain and misery has one thing in common.  It is all self inflicted.  Indai gov andthe stupid gold and currency games, USA with the debt games, China with the well whatever the hell the Chinese do there.  Japan because of demographics.

But things still will continue on.  The one thing to remember.  During the so called 'dark ages' it was not dark everywhere, just some places.

Just because the Brits lost a empire due to hubris, the rest of the world continued on.  Your very existence is proof of that.

We are living in a golden age of discovery and knowledge.  The likes of what the world has never seen before.

I can partake in activities that 100 years ago only the ultra rich could partake and in the time of Genghis Kahn even he could not have had the luxury of what I had for my Christmas meal.

Sometimes you just got to give the PTB a giant middle finger and make it yourself.

Evidence of the Decline of the US Empire

Yes I know, causation, correlation...
However I was reading this article today found linked at Rawles Blog.
http://www.coinweek.com/us-coins/lincoln-cent-roll-searching-found-25-box-pennies/ 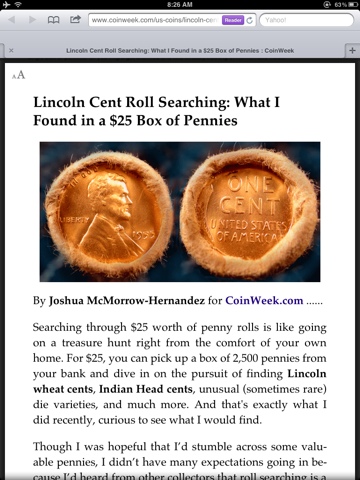 It is kind of a interesting article. However the last part really got me to thinking about the money of the Roman Empire.
The older Roman coins were actually nicer and better than the newer ones because of currency debasement and the eventual decline.
See here for more info:
http://www.lehigh.edu/%7Einarcmet/papers/pense%201992.pdf 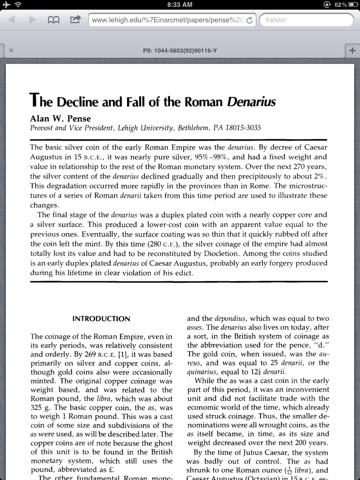 The first article mentioned that the newer coins even ones that were less than 10 years old were corroded and in bad shape vs the older copper pennies.
No comments: Links to this post