New update.  Don't forget to get it. 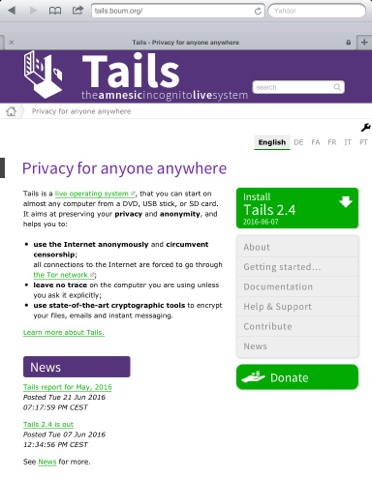 To the Dip Sh-t Who Called Me a Traitor

Awhile back I had some dipshit call me everything but white, because I in fact, do not at present live in the USA.
So today I quote Doug Casey:

"America is the best country in the world. I'd be a fool to leave."

That was absolutely true, not so very long ago. America certainly was the best – and it was unique. But it no longer exists, except as an ideal. The geography it occupied has been co-opted by the United States, which today is just another nation-state. And, most unfortunately, one that's become especially predatory toward its citizens.

"My parents and grandparents were born here; I have roots in this country."

An understandable emotion; everyone has an atavistic affinity for his place of birth, including your most distant relatives born long, long ago, and far, far away. I suppose if Lucy, apparently the first more-or-less human we know of, had been able to speak, she might have pled roots if you'd asked her to leave her valley in East Africa. If you buy this argument, then it's clear your forefathers, who came from Europe, Asia, or Africa, were made of sterner stuff than you are.

"I'm not going to be unpatriotic."

Patriotism is one of those things very few even question and even fewer examine closely. I'm a patriot, you're a nationalist, he's a jingoist. But let's put such a tendentious and emotion-laden subject aside. Today a true patriot – an effective patriot – would be accumulating capital elsewhere, to have assets he can repatriate and use for rebuilding when the time is right. And a real patriot understands that America is not a place; it's an idea. It deserves to be spread.

------
I left the US in early 2004 to go to the Iraq war.  Came back in late 2007 and the place had totally changed.  I know I changed a little during that time too, but the shock was seeing all the foreigners that had arrived during that time.
The place looked the same, but damn, where the hell did all these freeloading losers come from?
I saw billboards in Hindi in freaking Texas.  I saw billboards in Arabic in Michigan.  I saw my hometown with a Mexican redneck bar and heard my father brag how his friends hired illegals over Americans.  My own father bragging how he and his friends were literally taking the food from the mouths of his neighbors children and selling them out to save $2 an hour.
The deal was sealed during a period of hardship in 2009.  The 2008 crash totally wiped me out.  Lost a lot of money during the time.  All total at least 70k in assets and savings, not counting a year of very little income.
Went back to the war end of 2009 and stayed till the bitter end.  Literally the last American truck driver to pull a load of US mail out of Iraq and the second to last American civilian truck convoy to leave with a co worker taking the last load out the next day.
I am true to the ideals of America.  The USGOV and this modern day Amerika, I have no loyalty to.
When, or if America pulls its head from its ass I'll return, or if Texas secedes will I return.
No comments: Links to this post 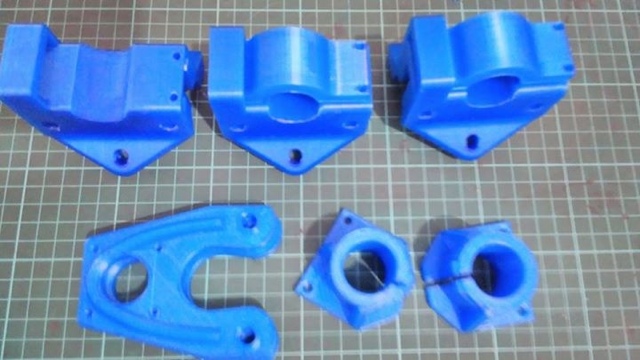 Working on this little project here.  It is the mostly printed CNC machine project from thingiverse.
Basically it let's you use 25mm tubing, 3D printed parts, and some hardware store stuff to make a CNC machine.
People have demonstrated them machining aluminum, wood, with lasers, and as a 3D printer.
It may be a little low on the torque side however, but we shall see. I have a few 70oz stepper motors to put in it and try.
The creator of the design sells a kit of the printed parts and mechanical/electronics for $500. All u gotta add in is your own conduit pipe.
www.vicious1.com
This also is my 501st post, and passed 150k views on the blog for a year and a half in operation.
Not too shabby considering only a couple blogs send traffic my way.
2 comments: Links to this post

The Artificial Intelligence Revolution Is Closer Than You Think

Saw this article this morning.
http://www.3ders.org//articles/20160623-tend-ai-trains-your-robot-to-operate-dozens-of-3d-printers-read-screens-remove-3d-prints.html 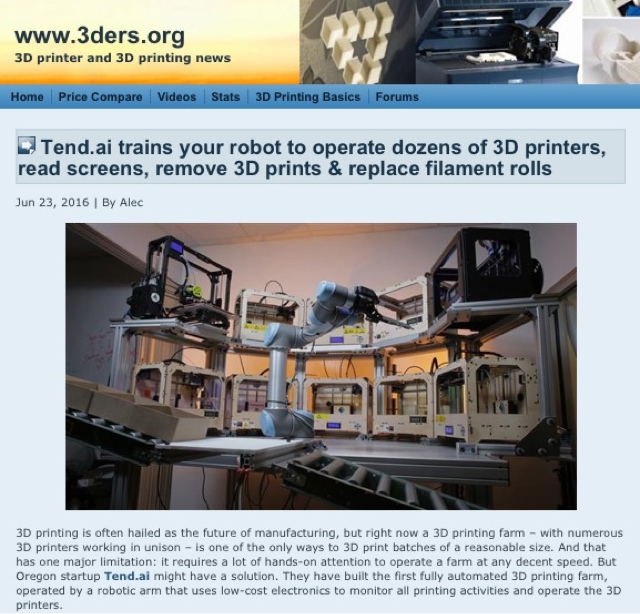 It struck me that, this is yet another of these once in a lifetime opportunities.
Artificial intelligence, the meaningful stuff that one can acquire and use to actually make money from is going to be here very fast.  Maybe within a year or two.
It will also be accessible for even a guy like me.
Here is why.
We have reached the point where the rudimentary AI is now capable of designing its own improvements.
How it works is like this.  You have a machine that can run thru infinite calculations and can make changes to its programming model.  In the beginning it is like a child, yet as it grows, it grows faster exponentially.  One becomes two and two becomes four and then eight, sixteen, thirty two.  On and on.
What I see coming and nearly here is that these new AI machines will become capable of running factories on their own, and running businesses on their own.
For example.
You acquire the tech in the article above.
It builds more and more printers.  Starts to design its own 3dprinters. As it grows, it takes,on other business decisions.  Parts selection, ordering, order fulfillment, assembly, shipping.  All the mundane but critical parts to run a business.  As long as it has enough processing power, and the ability to acquire raw materials.
As this tech grows exponentially, systems will develop that allow various types of AI systems to work together.
For example, my robot making machine, will interact with Steve's nut and bolt sales and distribution machine directly. In turn my robot making machine will provide robots to Johns hamburger restaurant machine as to manages its own business.
More than likely the bots will be using some sort of crypto-currency as a means of exchange.  Because it is much more simpler to setup vs someone going to the bank, presenting ID, and all that nonsense. 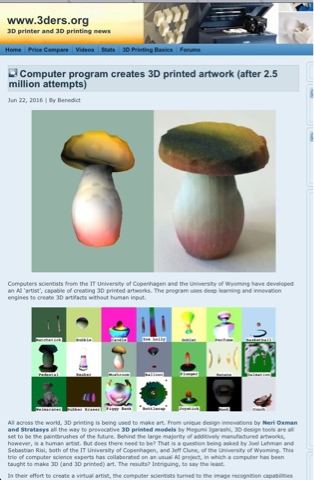 This tech will come extremely fast.
As one example,  a friend in Thailand is developing his own version of Jarvis, the robotic assistant to Tony Stark in the movie Ironman.
Using essentially less than $2000 in materials, he has combined a whole host of seriously advanced tech to build his machine.
Yesterday, we started working on building graphine super-capacitors.  It evolved from a crude design made from some ground up pencils, paper and assorted trash that did work, to a slick 3D printed, and rendered CAD prototype by the end of the day.  This design is now ready to be fed into his Jarvis bot for production.
These opportunities used to come once in a lifetime.
I can count several in the last 4 years alone.
No comments: Links to this post

The new world was colonized and civilized by nation states.
However we find ourselves at another point in time where the established nation state model is failing us.
We have several options to grow and expand, however they are not cheap nor as 'easy' as the previous expansions that roughly went from 1600 to 1800.
One option is to fight over established nation state territories.  This has been the most common model for most of humankind until the opening up of north and south America and the subsequent land rush.
The West was better organized, and smarter in that particular point in time, which has affected modern history and the current world demographic makeup, vs if the Chinese or Japanese had their crap together during those times, the world could have easily been of a Asian color. same with Arabs, Indians and Africans.
So that leaves us at this point in 2016.  The point where a further expansion or relief valve is needed, either by expansion or war.
So let's look at option C so to speak.
Where in the world could a freedom loving group emigrate to and establish the America 2.0?
Let us run thru the possibilities. This is not a exhaustive list, and I am sure I will leave out a lot of options. Rather this is a exploration of the big picture possibilities.
We conquer or rebel from the USA.  secession.  Benefits are the presence f established infrastructure. Physical infrastructure, however that also comes with established demographic infrastructure, and political baggage that can not be conveniently thrown aside.
No comments: Links to this post