re: Kerodin and Other Tough Guys

He is not the kind of guy I would want in my foxhole.

Seen enough of the same types in Iraq.  They talk smack and as soon as things get bad, they are the first ones to quit.

Used to hear it and thought it was a cliche.  Then I was in combat and saw for myself.

In 2004 when things were heating up in Fallujah I was on a run to Anaconda from Kuwait.  I was on MSR Tampa and was all tense cause we had just passed the turn to Irish.

Intel briefs always said that the Irish spot was where the action was, so after a few miles up the road I passed the back gate to BIAP,.  I had just started to relax, turned on the stereo and then the action started.

The Army escort left us and we only caught up with them when they had to stop for a road closure due to IED miles up the road.

Anyways we got hit 7-8 times that day, lost bout half the trucks in the convoy but no one was injured more than a scratch from a blown out window.

So we get to Taji early afternoon and duck in there for awhile to do a damage check and get out wits about us before the Army decided if we was to continue on.  We had this female who was the biggest shit talker grab the satellite phone, and call some in the US bawling and crying for god knows how long.

I seen it afterwards with others too.  The biggest tough guys folded after one mortar attack or one little Katyusha comes in and lands a couple hundred yards away and they are at HR asking for a plane ticket home like little bitches.

I had other run ins over the years with people I was told I would have to depend on to save my ass if things got hairy, but I knew they would puss out when they were needed.

I dealt with Turks in Iraq.  There are two types of Turks.  The western Turks who drink beer and would fit in well in any southern redneck bar, and the Eastern Turks who are pigheaded, lazy, dress differently, generally useless bunch of SOB.
I wouldn't mind seeing those eastern Turks get cooked into crispy critters by Russia. 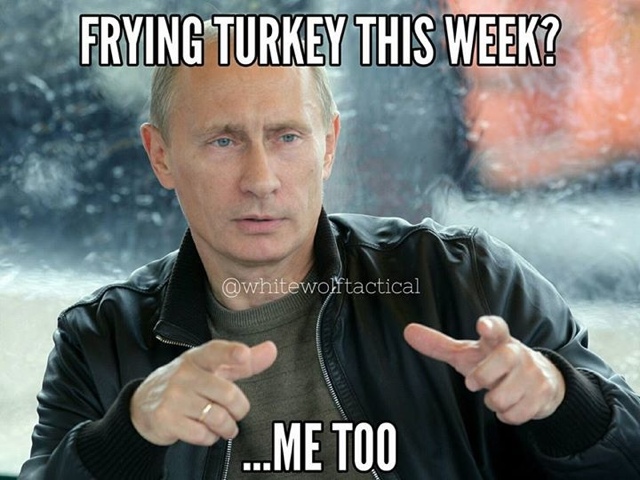 THE ENEMIES WITHIN: Bernie Sanders

Published on Nov 25, 2015
Democratic hopeful Bernie Sanders claims to be a "democratic socialist." But is he telling you the truth?

Powdered Aluminum has many scientific uses.

However the super fine reactive powdered Al has extra shipping hazards as well as all sorts of other legalities.

I stumbled upon this video on Youtube today.  It uses ordinary aluminum foil, a blender and a cheapo harbor freight rock tumbler to make the powder.


Your Car will soon be Driving You to Work

Where are we now?
Most of the hardware/software is already available with much of it in action on the latest cars