Read the article linked to below.

This is why USGOV will ultimately lose.

Two Soldiers I Served With Died In The Philippines. They Didn’t Have To. 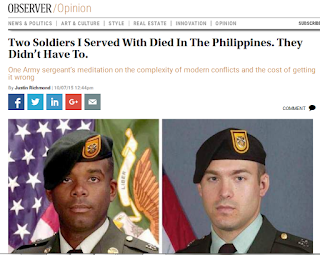 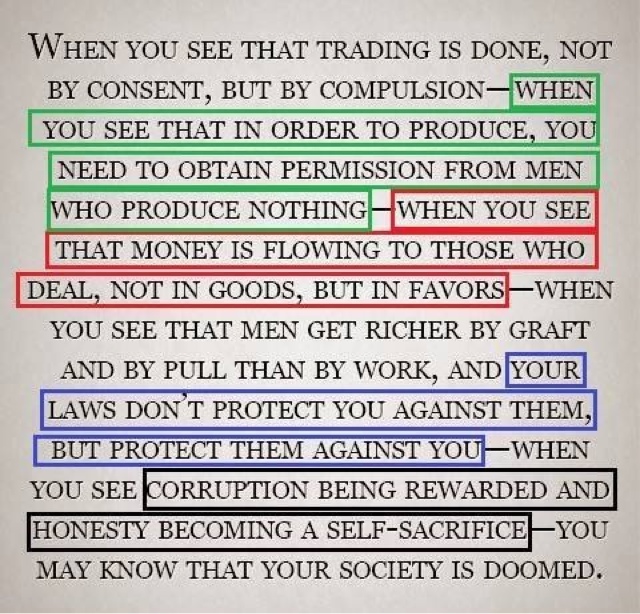 I am not a fan of Putin so I regard this as more of a commentary on the effeminate commie politics correctness of the USGOV.
I know for a fact that the Soviets specifically concentrated on finding the weak minded, the defectives to use to advance their agenda in the west.
The homosexuals, the hippies, the Moslems, anyone who had some sort of mental defect and could spout Lenin and Marx in the same sentence the Soviets supported.
Imagine the surprise of the Soviets should one be able to travel back in time to inform them that the freaks they empowered have developed a new communist version, of which now is attacking the Russian/Soviet sphere of influence.
Freaks beget freaks.
via www.thepeoplescube.com 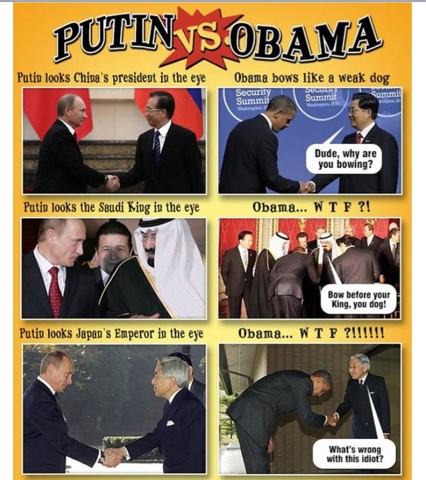 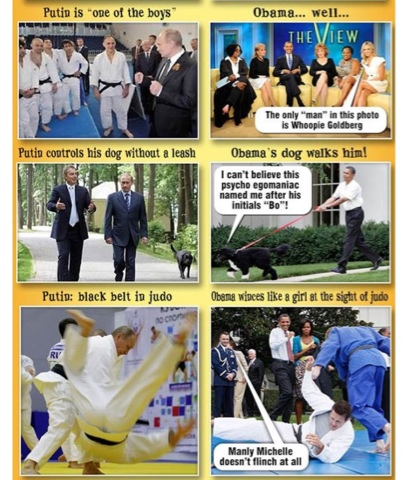 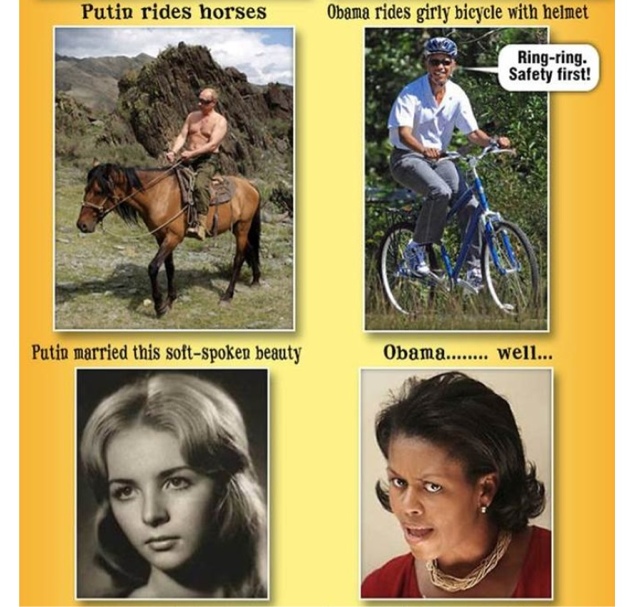 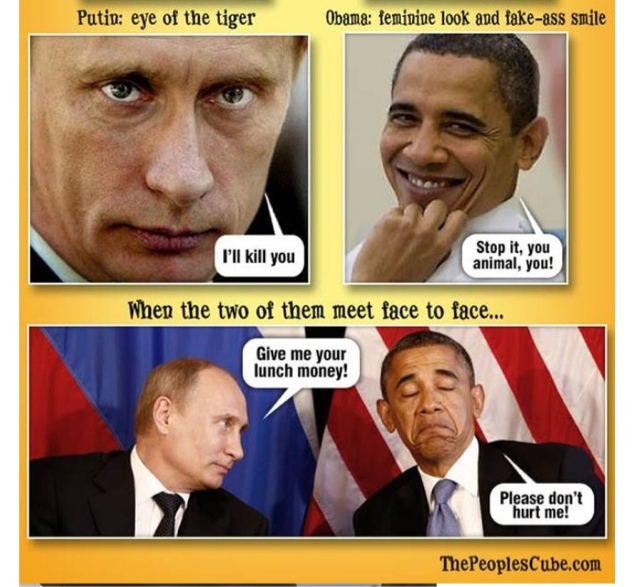 Flying on a Jet Plane

This started out as a reply to Silicon Greybeard post on flying and it evolved...

I have had some good and bad flying experiences over the years.

Best, hand is down Emirates Business class.  Limo service to and from your home/hotel, amazing good food, special fast service at customs, you bags come off the plane first.  Those long 11-12 hour flights between Dubai and Manila really made the extra cash worth it.

KLM, nice Hope you get a KLM plane and not a Northwest plane when you actually fly to Europe.  Sometimes one, sometimes the other no matter what your ticket says.  Just prepared to get your wallet raped at Amsterdamn airport.  $20USD for the cheapest McDonalds Meal.

Now on to the mediocre.

Northwest.  The trans-pacific routes are staffed with old battle axes and the planes are often cold. Food sucks, barely anything, can't get any fluids to drink easily. Greyhound bus of the skies. Marginally clean, Seats usually looking severely worn.

Philippine airlines.  Marginally better than Northwest.  Better looking stews, food servings are a little larger than Northwest but it is Filipino food and I really don't like it much.

Now on for the crap.

Kuwait Air.  Nicknmaed dirtbag airlines. The Kuwait, Manila route stops over  In Bangkok so the Arabs can go there and screw young children on sex trips.  No alcohol. Asshole stewardesses that are mostly white from some eastern euro country.  Asked for ginger ale once and was bitched out by some beautiful looking (black hearted) stew that practically shrieked "Sir!!!!!! We don't serve alcohol here!!!!"  The planes are dirty.

Eithad.  Wow that is a sucky flight.  It's like flying a tight commuter jet in the states except the flight lasts 12-13 hours.  Shit shit shit.  The stopover in Abu Dhabi is totally underwhelming.  Giant sterile terminal full of people and not much else. Not even many places to actually sit down.  Bus station of the sky.  Unlike Dubai terminal that is fantastic.  Supposed to be known for all new planes, however I only ever got to ride on the old ones and they put the Manila flights at the far end of the terminal and have to take a bus to the plane.  I bought to go meals in Abu Dhabi for the Manila leg and on the way back I brought a bag of McDonalds burgers.

Lufthansa,  their trans Atlantic flight I took once was a new plane, Houston to Munich to Dubai.  The seats were tiny, and uncomfortable.  To top it off I sat next to a Lufthansa male steward deadheading back to Europe who was a complete asshole and armrest hog.  Flew the entire flight with crossed arms from Houston to Munich.  Liberal beer policy. Very liberal.

D8 aka Dallo airlines.  Flew their maiden flight.  Dubai to Djibouti.  No one could find their plane, bus driver got lost cause it was so far out on the tarmac and no one had even heard of it.  The stewardesses carted enormous cases of Nido powdered milk as carry on luggage.

The plane was not very full, and we could sit anywhere we wanted.  So I sat in first class.  Stewardess asked me what I wanted so I said vodka.  I got a large drinking water glass full.  Surreal to describe it.  I flew that plane back from Djibouti to Dubai a few months later.  Flight originated in Ethiopia and Djibouti was just a quick stop.  Predictably it smelled bad and the usual assortment of native African costumes.

Oddly the first flight the emergency card was from some Australian airline with a sticker for Dallo pasted over top.

Now we come to the real adventure airline.

Air Moldova aka one of the airlines the USGOV hired from Victor Bout whom they now have in jail.

Charter flight from Dubai to Baghdad and charter from Baghdad to the bases. Dubai to Baghdad and back.  A old Douglas jet.  held maybe 120-150 people.  2 stewardesses.  Really hot blonde stewardesses, same ones each time.  We got exactly 6 ounces of soda for the flight and a happy meal box.  The return journey meals were from Dubai catering.  Baghdad catering don't know if even available.  The most frustrating was when I was in the terminal at Baghdad all day, thirsty and dehydrated, watching the stewardesses pour out the soda into the toilet cause they only made one trip and anything left over went into the toilet.

The fun part was into Baghdad.  The stomach churning hot and fast approach, spiral down and sudden drop as they crossed the perimeter fence.  We used up all the runway.. all of it... Every time

Departures same, a spiral above the airport that took 30 min before we got to like 10,000 feet which then we finally started the trip to Dubai.

Baghdad to the rest of the country..

Pilots frequently boarded stumbling and obviously drunk.  They flew with the cockpit door open and I could see them navigating with a car GPS bungee corded to the wheel.  The flight I took should have been 30 minutes, It took an hour.  Ground cart air conditioning was a freaking air conditioner for a commercial building with a duct attached to it and a generator mounted on a 3 ton Japanese truck. I got to know that ground cart well cause I fueled it up a bunch of times.

The seats were covered with those cheesy leopard print or cow seat covers you find at Western Auto for $5 on clearance sale.  It was 70's shag style.

We asked safety department to address the concerns over planes with bald tires and cords sticking out of them and safety gave us some bullshit story how it was totally safe etc.  Yeah right, same story after we brought up safety issues that were dismissed and then a buddy was killed cause his shitty Arab made fuel tanker blew up.  It got to where I started printing those airline flight safety cards from the movie Fight Club and leaving them on the plane.

Yeah those that show the plane on fire and screaming passengers...

Now to the ABSOLUTELY WORST AIRLINE...

USAF C130.  Assholes... Didn't help that someone was shooting RPG at us at takeoff from Anaconda.  Had sinus infection on that flight.  Landed at Kuwait.  Bad Bad Bad.
3 comments: Links to this post

Bombing, even by precision-guided munitions, without eyes on the ground, has always failed, and will always fail. We’re watching it fail in Afghanistan, Iraq and Syria. Eyes on the ground without air overhead will also fail. But the current budget-cut climate in Washington — a bipartisan consensus just cut military retirements by 20%, and cut retiree health care, so that Congress can redirect the money to more direct cronies — means the services are jousting with one another while savvier enemies are mortaring the playing field.

Read the rest at:


The Limits of Air Power

Internet of Things is Hype

Two years ago it was 3D printing and digital manufacturing, now it is the IOT or Internet of things.

The Stupidity is Breathtaking

The wife has the television on and it is some show featuring the sister of the president of an Asian country.
This airhead is interviewing Miss Universe 2014 and she is describing her 'fabulous' visit to Russia.
She made the statement that she likes Russia so much because they were never colonialists.
WOW.
I guess that whole Eastern Europe Cold War thing does not count.
Angola, Afghanistan, on and on.
Commies are the biggest colonialists in history.
No comments: Links to this post

Will Americans be as stupid as the Swedes? If the Democrats have their way, we will surpass them in pure stupidity. If fact, Democrat policy on Islamist refugees would power us to the status of "United Morons of America."
http://libertynews.com/2015/09/here-we-go-house-democrats-demand-u-s-take-in-130k-unvetted-muslim-refugees/

In a letter penned by 72 House Democrats, a demand was issued for the Unites States Government to take on their fair share of the refugee burden by taking on 130,000 unvetted individuals from predominantly Muslim countries.

The letter was delivered to the Obama administration Friday and stated in part that:

“It is our moral duty, as a nation founded on the principles of equality and freedom, to do what we can to assist our brethren who are in desperate turmoil, and are searching for the slightest gesture of goodwill…”

Yeah… How about hell no instead?

Making matters worse, Representatives John Conyers and Zoe Lofgren added “It is time for the United States to join the global community for a humanitarian response,” as well as “We should do our part by admitting 200,000 refugees, with 100,000 reserved for refugees from Syria.”

What could possibly go wrong?

Well, what is happening in Sweden could provide us a clue.
TES
With that I leave you with the fine artwork of my buddy Bosch Fawstin.
Be sure to pick up a copy of his new comic book.
Pig Man volume 3 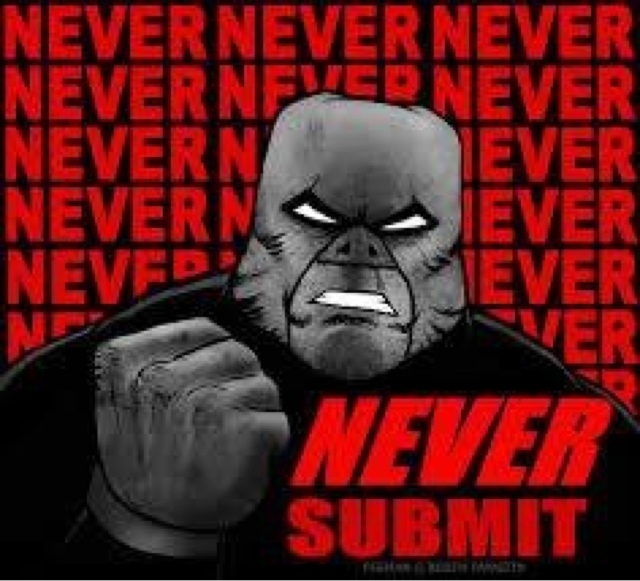 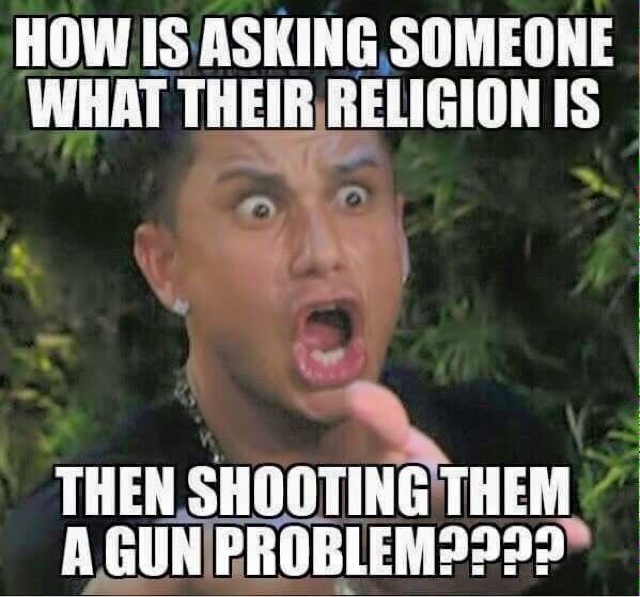 Of course when the guy using the term "gun problem" looks like this: 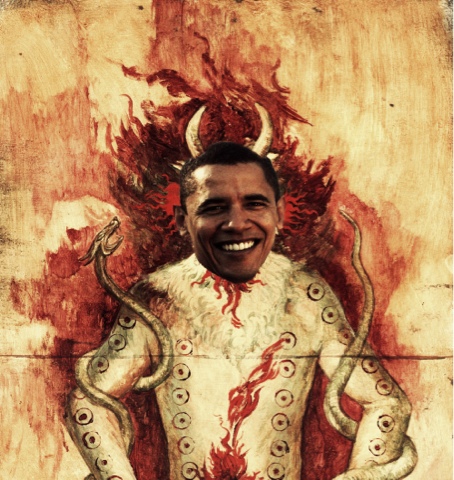 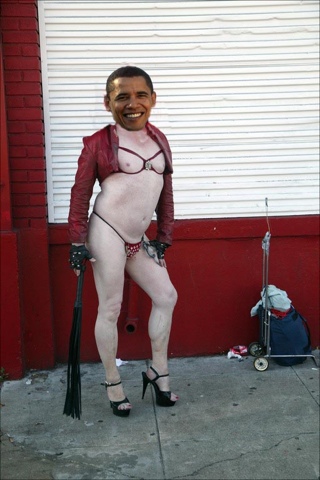 Interesting...
I notice that the Peshmerga have been getting new US style gear lately.  Not USGOV issue, but rather a mix of German and civilian contractor stuff.
I do know that there are US military contractors up there. 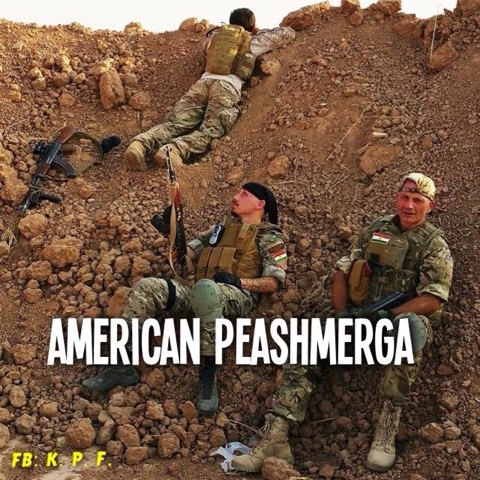 Never thought People Repellent would be the top post...

The screenshot below is exactly you need to do your own homework and research stuff.
We make fun of the lefties all the time for their nonsense.
We ourselves have to be on guard against the same thing.