Added to this, the jokers will leave most behind during the next war.
Wtf, isn't a 3/4 ton farm truck good enough for you wasteful Jokers anymore?  Up armored pickup trucks we used in Iraq were 100k and better than the slow doggy armored hummer.
They have lost their moral authority. Even the US Military has.  How can they justify this wasteful spending?  It still won't stop a shaped charge. 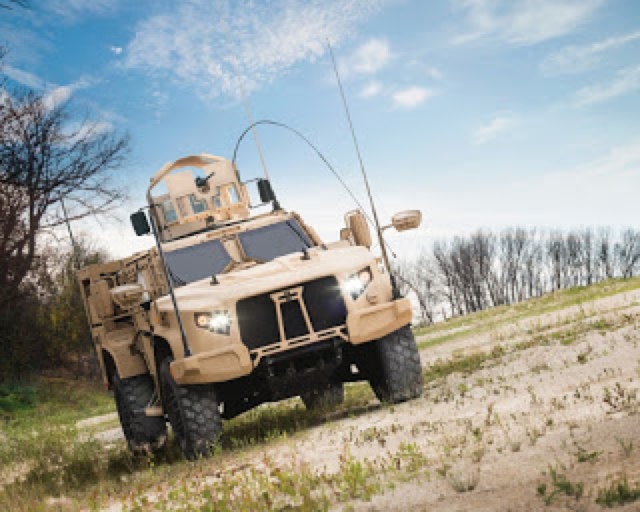 A long, long way from a Jeep. So what are they going to call it, the "JILTVEE?" "Sun sets on era of the Humvee as US military announces successor."

Symbol of decades of US interventions to be replaced with vehicle more suited to urban warfare environment the US has faced in Iraq and Afghanistan.

That's from the Guardian, the lefty Brit newspaper. Here's a rather more informed article from the Wall Street Journal from yesterday:

Global warming proponents can never answer the basic question of where the carbon that the supposed dinosaurs consumed that made the oil came from in the first place.

Nor can they explain why hydrocarbons exist on other planets that have never had any life.

from Wikipedia:
Basic hydrocarbons are ubiquitous in the atmospheres of Jupiter and Saturn. The parent molecule, methane (CH4), undergoes photochemical reactions which convert it to chain molecules such as acetylene (C2H2), ethylene (C2H4), and ethane (C2H6). The atmosphere of Saturn's largest moon, Titan, contains higher mass hydrocarbon ions such as C3H3+, C3H5+, and C5H5+. Hydrocarbons containing as many as seven carbon atoms were observed in Titan's atmosphere by the planetary probe Cassini, which also observed nitriles, nitrogen-containing hydrocarbons

However there is evidence of a nuclear reactor inside the earth and other planets in the solar system that suggests much of the oil we see at the great depths is actually the remnants of half life nuclear reactions deeper in the core.

Since we know that uranium is one of the heaviest elements, evidence suggests that the core is actually uranium and plutonium with a nickel layer above.

This would account for the earths magnetic field better than the supposed induction of molten iron which has not yet ever been really expained.

Further evidence finds a possible correlation between weather effects of this deep georeactor and weather events like el nino.


From Space Daily
This theory undoubtedly deserves serious scrutiny from the scientific community. Like so many other 'earthshaking' new ideas in science it has sadly been largely ignored to date. Plate tectonics suffered the same 'pariah' status for fully half a century with experts refusing even to consider it. Radical new ideas in science frequently face hostility because scientists themselves are only human. Geophysicists who have spent the better part of their lives writing papers on the dynamics of Earth's inner structure do not want to hear about how they might have been wasting their lives chasing the wrong theory. Building up a reputation as being an authority on a subject is extremely difficult. It requires enormous dedication and long years of study with little pay and perhaps mounting debts.

Many of us imagine the scientific community to be extremely logical and fair-minded in assessing new ideas. We see these people in their spotless white frocks taking exceedingly precise measurements of the universe and its easy to think they must administer themselves in the same way.Following the demandingly stringent doctrines laid down by the scientific method to judge any new theory on its merits alone. This would be the action of a robot. In truth, science is just another belief system that can be corrupted by ambition, jealousy and fear.Dr. Herndon discovered this the hard way and has paid for much of the research done so far out of his own pocket. However, as evidence builds in favour of his "georeactor sub-core", the walls of opposition are now finally starting to crumble. People everywhere are beginning to realise that it makes sense. The Earth is not yet a dying planet, but a World that is alive with a nuclear reactor heart.
From another article:

Some researchers have previously suggested, although it's not a widely held view, that gravity could cause a concentration of radioactive ultra-heavy elements such as uranium. These elements might sink down into Earth’s core, where they are enriched enough to ignite georeactors.


Nuclear Fission Confirmed as Source of More than Half of Earth's Heat By David Biello | July 18, 2011

Affordable Transportation In Times of Hardship

The aftermath of the 2008 stock market crash was very difficult for me.

I spent 2009 trying to get back on my feet and the first 6 months of 2009 were especially difficult.  I had very little money, no transportation and a mortgage that was going to be foreclosed on.  I had to sell my brand new pickup truck for the loan value losing my down payment and 6 months payments.  I sold my customized pickup truck for a couple thousand dollars. All in the desperate attempt to keep food on the table.

Needless to say I had to be very creative in my transportation means to get around and earn.

Around month 3 of my purgatory, I encountered a teen who had a motorized bicycle.

I had never saw such a thing before.  However he demonstrated it and it was absolutely brilliant.

Here was a motorized bike, basically a cheap DIY motorcycle that would get me around and not needing insurance or registration the perfect stealth off the gird vehicle.

So I scraped up a couple hundred dollars and built one.

I found a Diamondback beach cruiser that was on sale and got the motor kit.

I put it together and found that it had issues.

One really needs the dedicated rear wheel and sprocket combo from the kit sellers, and one needs to fabricate a really strong motor mount.  The fuel lines also are cheap and need a real hose from the auto parts store.

However once that was worked out.  I started using it every day.

I was amazed that I could keep up with city traffic, and that I could either go all out balls to the wall noisy engine, or stealth mode on bike trails at just above engine idle speed.


I was also able to use public bike trails and sidewalks without undue notice from the authorities.  Many times I passed police officers riding in their cars and coasted past them without them giving me a second glance.  Never mind that I was doing 20mph or so and not pedaling.

I also discovered that there were many many bike trails in the Midwestern state I was at.  I was able to take long trips of 300 miles in the space of 14 hours or so.  Traveling on what are former rail lines converted into bike/snowmobile routes, I passed thru most of the state hardly seeing another person except when crossing highways.

The fuel tanks on these machines are small, so you will need to pack along extra fuel.  I found that the cheap aluminum water bottles (clearly marked) were prefect for refueling and transporting fuel.

I had the 80cc engine on mine.  Even though most states regulate and have a 49cc rule, I found that in all practicality no one ever checked.  However should one fear being checked by the .gov for having the larger engine, the engine displacement on mine was printed on a paper sticker and easily removed.

Oreo Cookies Move Production To Mexico Here is Why

The news a few days ago before the big market crash was about Oreo Cookie production being sent to Mexico.
There has been a lot of nonsensical calls for boycotts of Nabisco, yet the true culprit os of course the scumbags in Panem on the Potomac the devils in the USGOV.
From a Cato report dated 2007 detailing how this fiasco happened in the first place.

Components of the Sugar Program

The purpose of U.S. sugar policies is to keep domestic prices artificially high. In recent decades, U.S. sugar prices have been typically two or more times higher than prices on world markets.2 The federal government achieves that result by setting guaranteed prices and backing them up with trade restrictions and production quotas.

Guaranteed Prices. The U.S. Department of Agriculture runs a complex loan program to support sugar prices. The USDA makes loans to sugar processors, who use their sugar as collateral. In return, processors agree to pay sugar growers certain minimum prices. If the market price of sugar rises, processors can sell their product on the market and pay back the loan. If the market price falls, processors can forfeit their sugar to the government and not repay their loans. The effect is to guarantee prices for both processors and growers. Sometimes other techniques are used to prop up prices, such as paying producers to discard their current inventories.

Trade Restrictions. Import barriers help to maintain high domestic sugar prices. The government applies a two- tiered system of “tariff rate quotas” to limit imports. A lower “in-quota” tariff rate is for imports within a set quota volume. A higher “over-quota” rate applies to imports in excess of the quota. The in-quota amounts are allocated to 40 foreign countries on the basis of prior import patterns.

These restrictions prevent lower-cost foreign sugar from putting downward pressure on U.S. prices. Sugar imports are currently restricted to about 15 percent of the U.S. market. By contrast, imports typically accounted for about half of the U.S. market prior to the 1980s.3

Production Quotas. In addition to controlling sugar imports, the government imposes quotas, or “marketing allotments,” on U.S. production. Each year, the USDA decides what total U.S. sugar production ought to be and then allots it 54.35 percent to beet sugar and 45.65 percent to cane sugar. Most sugar beet production is in Minnesota, Idaho, North Dakota, Michigan, and California. Most sugarcane production is in Florida and Louisiana. The USDA allots each U.S. state and each sugar company a specific quota based on a complicated formula. In sum, the sugar industry is a cartel that is centrally planned from Washington.

Effects of the Sugar Program

The taxpayer cost of sugar subsidies is expected to be $1.4 billion over the next decade.4 More important, federal sugar policies burden American consumers by creating high prices for sugar and for products that contain sugar. The Government Accountability Office estimated that federal sugar policies impose costs on sugar consumers of $1.9 billion annually.5

High sugar prices also damage U.S. food manufacturers, including makers of candies, chocolate, and breakfast cereals. The sugar-growing industry employs 61,000 people, but 988,000 are employed in food businesses that use sugar and are hurt by current policies.6 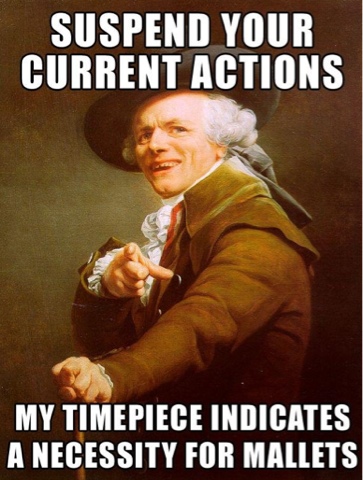 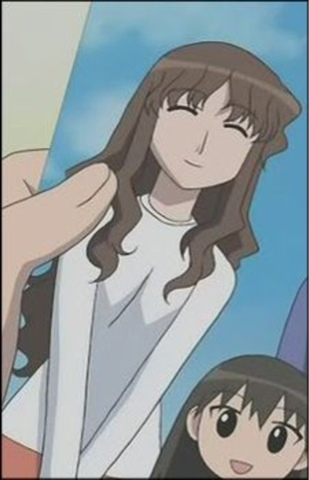 The world, I have concluded, will never cease to amaze me.  And thus, once you get to that point you'll say, "nothing shocks me anymore."  And so once again ole Cappy went head long, cluelessly into a whole new world where he learned about "Waifu."
Read it all at link above
No comments: Links to this post

Enemies Within is the real life expose of the world, fiction author Matt Bracken wrote about in his books.
By author and activist Trevor Loudon.
http://enemieswithinmovie.com/ 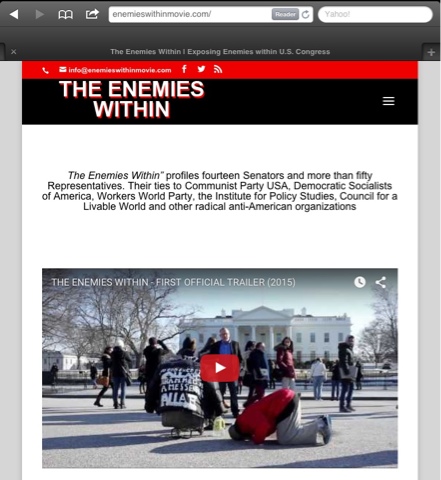 The Enemies Within” profiles fourteen Senators and more than fifty Representatives. Their ties to Communist Party USA, Democratic Socialists of America, Workers World Party, the Institute for Policy Studies, Council for a Livable World and other radical anti-American organizations 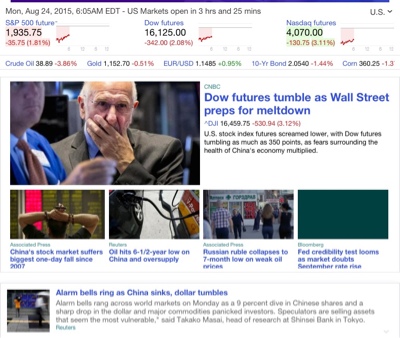