I don't really like Bernie Sanders.  Yet another DC scumbag.  However I find it amusing the bullshit theater between him and Hillary.

Not gonna vote your way outta this one. 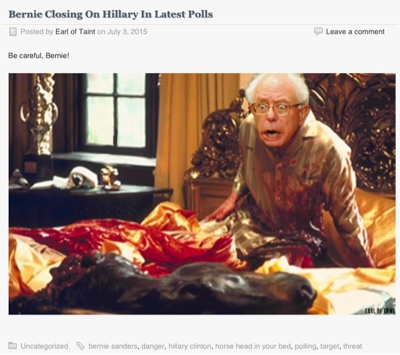 
The Black Eyed Peas - Let's Get It Started - YouTube

More from the Dept of Mischief and Mayhem 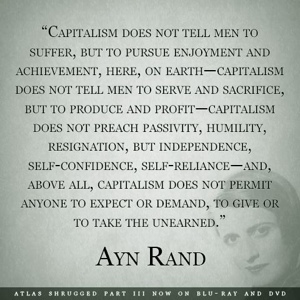 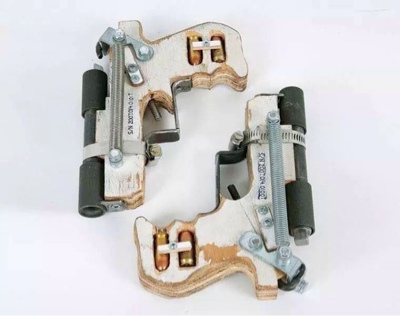 Actual pic from Filipino gun seller.  Made by licensed manufacturer.  For what, I have no idea.
Btw Filipinos have some very good firearms making skills.  This photo is not a example of the usual quality. It is not rocket science anymore.  Merely a matter of getting the right steel (no problem) loading the material into the 5 axis CNC and the right file, then pressing GO.
No comments: Links to this post

The Next Industrial Revolution and How the 3 Can Use It

The ‘Industrial Internet’ is poised to overhaul the way companies manufacture goods, in turn changing our everyday interactions with products.
Imagine yourself five years from now, sitting around a picnic table with a group of friends. One of them just landed a coveted manufacturing gig right after getting her master’s degree, and is now pulling in $200,000 a year. Another is complaining that the new $8,000 Ford Fusion he custom-designed online wasn’t delivered within the promised three-day window. He was stuck taking the driverless bus around town.
Brave new world? Not really.

This is a followup to my blog post several months back about dark markets.

Recently I started searching in earnest for the real life equivalent of the daemon network as described in the Daniel Suarez book series Freedom TM and Daemon.

What I have found aside from the dark markets are these distributed manufacturing facilities springing up all around the globe.  Little one man or 2 man shops, making bespoke items.

In the beginning I signed up to add my shop to one of these services, and was greatly disappointed.  There was no business available.  Lots of providers, no customers.

Today however I am seeing a increase in activity by these sites.  However it is still not quite to where a guy could cut the cord and work from his shop letting the network do all his sales for him.  Yet anyways.

One thing I have found is that in my area there are many service providers listed who I know for a fact no longer do 3D printing.  A 'proof of life' between the network and provider should be a requirement.

If one signs up to be a service provider, then they should have to take an action, by logging into the website or some other action to show that they are still accepting and capable of fulfilling work.

The other thing is that bitcoin or other dark market credit is still not accepted as payment.

However as this type of manufacturing grows the way people buy and sell and use stuff will change.

The other day I was speaking with the owner of what could be called a 'job shop' in Asia.  His company does short production runs of things.  Metal fabrication, machining, firearms, and other things are made in his 100 man shop.

The owner of the company has a hobby of 3D printing and building desktop milling machines.
The conversation turned to how soon his shop would become obsolete with the rise of small bespoke manufacturing shops.

He speculated that he had about 10 years maximum before his type of manufacturing shop will be replaced.

This got me to thinking exactly how I would stock a bespoke manufacturing shop starting today.

Here are the tools I would use:

In addition I would have the usual hand tools, drill press, work bench etc.  All of this equipment could fit into a one car garage.

A shop like this would have production capability and be able to make a wide range of items.  All sent back thru the network and exchanged for dark market credits. 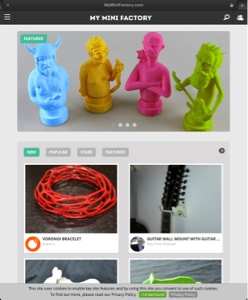 How the USGOV Spys On YOU 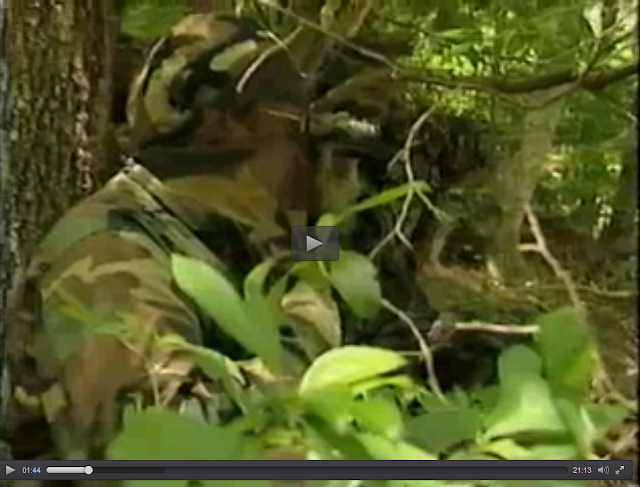 Stumbled upon this today.

The video shows how to conduct a proper surveillance in rural areas. This includes proper camouflage, use of cover, and tactics as set down in the Federal Law Enforcement Training Center (FLETC) policy. 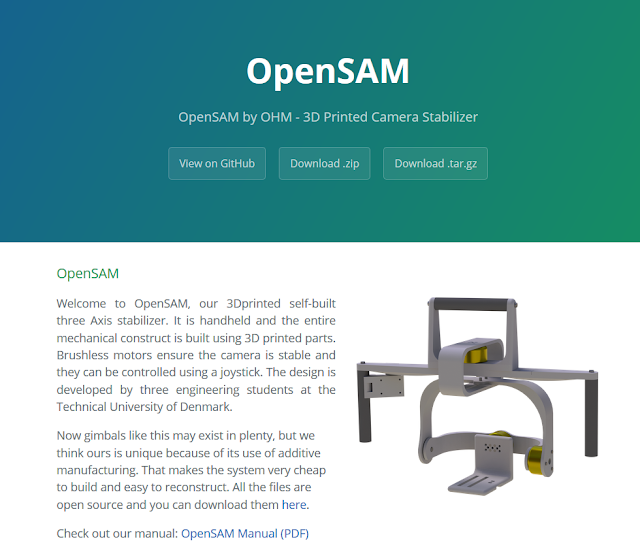 3Dprinted self-built three Axis stabilizer. It is handheld and the entire mechanical construct is built using 3D printed parts. Brushless motors ensure the camera is stable and they can be controlled using a joystick. The design is developed by three engineering students at the Technical University of Denmark.
Now gimbals like this may exist in plenty, but we think ours is unique because of its use of additive manufacturing. That makes the system very cheap to build and easy to reconstruct. All the files are open source and you can download them here. 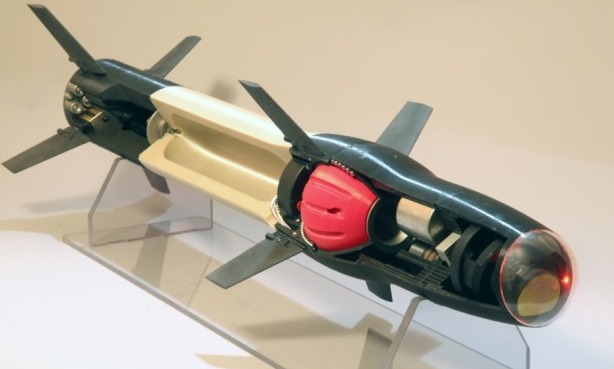 The day of 3D printed guided missiles is now upon us.


Raytheon has announced that they are now 3D printing a missile.

If one looks very carefully at the photo, It is obvious this model was created with a desktop 3D printer.

But how would one theoretically create such a beast in their own shop?

First of all one needs a engine.

This model appears to have a solid fuel design although a hybrid model could just as easily be made.

Low cost solid fuel motors can be made from sugar and salt-peter.  Commonly known as Rocket Candy.


Rocket Candy is a type of rocket propellant for model rockets made with sugar as a fuel, and containing an oxidizer. The propellant can be divided into three groups of components: the fuel, the oxidizer, and the additive(s). The fuel is a sugar; sucrose is the most commonly used. The most common oxidizer is potassium nitrate (KNO3). Additives can be many different substances, and either act as catalysts or enhance the aesthetics of the liftoff or flight. A traditional sugar propellant formulation is typically prepared in a 13:7 oxidizer to fuel ratio.

Hybrid motors on the other hand use a combination of solid fuel like plastic.  This plastic could be Delrin, PVC, even rubber.  Since we are looking at 3D printing, we could 3D print the core as well.


From Wikipedia, the free encyclopedia

) performance of hybrids is generally higher than solid motors, and roughly equivalent to hydrocarbon-based liquid motors.

as high as 400s has been measured in a hybrid rocket using metalized fuels.[3] Hybrid systems are more complex than solid ones, but the significant hazards of manufacturing, shipping and handling solid rocket motors offset the system simplicity advantages.

The oxidizer for the DIY versions commonly is Nitrous.  Yes the same Nitrous used to boost car horsepower in drag racing.


The body of such a design could be 3D printed with the exception of the motor casing, nozzle, and fins.

One could possibly print it in such a way so as that the solid fuel core and the outer shell is hollow like a mold where one could pour Phenolic Resin into.  A slow cure Phenolic resin that does not generate much heat could withstand the few second impulse that a small motor like this would generate.

Similar to this simple 3D CAD sketch I created below 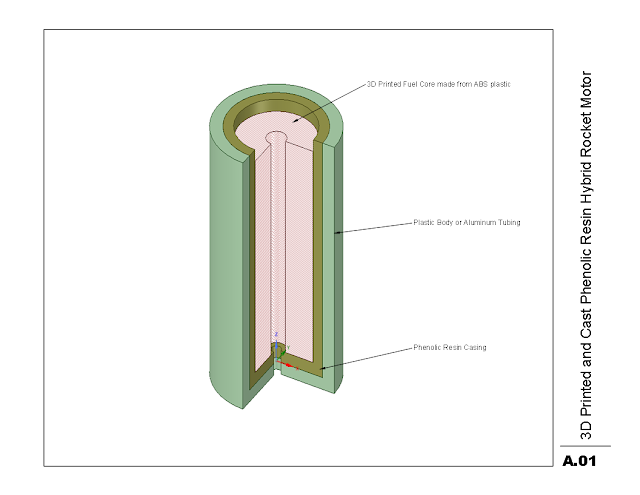 
This is where technology has come thru in machine vision that has flown under the radar.

The Pixy machine vision project (open source) has the potential to be uses as the guidance system along with some custom source code.
Code and more info can be found below.
Using a infrared laser and using this type of code (example here) a engineer could replicate a laser guided rocket.

This is a project that will take a certain level of advanced coding expertise and skills, but not out of the realm for a really good fabrication lab.  A lot of this fabrication is beyond my skill level, However a couple engineering grad students could replicate this.

This is where the world is going to.  The USGOV technological advantage is being eroded before our eyes and invented in home workshops.

Here is a DIY 3d printed slingbow. You can shoot arrows with it by using elastic bands.Remove clothes before ironing.Here is a full video construction guide:3D files here:http://www.thingiverse.com/thing:423954 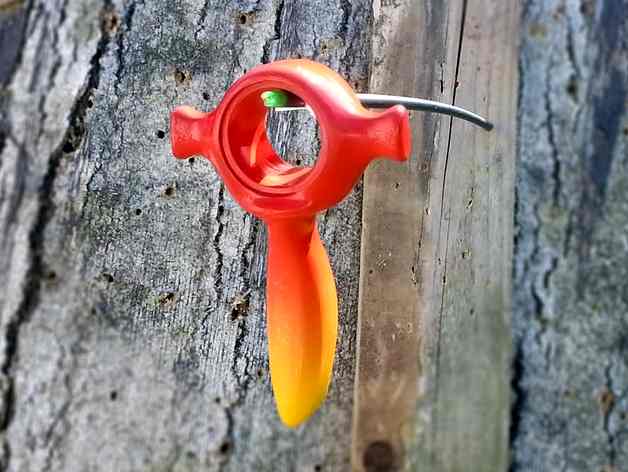 Wired magazine came out with an article deploring the advances in tech and automation.


Is it not befitting that a magazine that purports to spread information and news about tech is abjectly taking a Luddite stance?

Simply put, as we getter better at automating routine tasks, the people who benefit most are those with the expertise and creativity to use these advances. And that drives income inequality: demand for highly skilled workers rises, while workers with less education and expertise fall behind

Those people in the DC, NYC, L.A., EU spheres are so concerned about the STUFF that those who do not work hard to make or who are too lazy to learn, that they completely overlook the obvious.

The tech explosion is LIBERATING to the lower classes.

For example, in 2008 advanced manufacturing tech like 3D printers was impossible to acquire if one had little money.  Today, I can purchase a adequate 3D printer for one weeks post tax wages of a McDonalds worker in the US and 4 weeks salary of a Filipino.

Similarly a CNC milling machine has dropped down to the price of $1000USD which includes spindles, and tooling to machine aluminum and plastic.

Other advanced manufacturing methods like laser engraving, laser cutting can be now done with machines that cost $380USD on Ebay.

Yet still this obsession about so called inequality.

Wealth distribution is not just a barometer of societal health. It is a critical determinant—and one influenced heavily by technology. “The exploding wealth of the very rich is only one part of the story of inequality,” explains David Rotman, editor of MIT Technology Review, in a recent essay on the topic.

This truly begs the question.  Why are these people in the press and academia consumed with envy?


Oddly Wired Magazine has pulled the article as of this morning it is not on their site anymore.

I am not the only one who called out the logical fallacies of that particular article and Wired was caught mis-quoting the original MIT source paper.

Indeed. If I’m right about the future, technology will destroy bad old jobs faster than it creates good new ones — and this should be a good thing, a cause for celebration. Unfortunately it won’t be, because our governments move too slowly to keep up with technology. But upheaval and poverty caused by technological unemployment will be a symptom, not a problem, and it will be futile to try to address it with either Luddite idiocy or rote calls for more education.