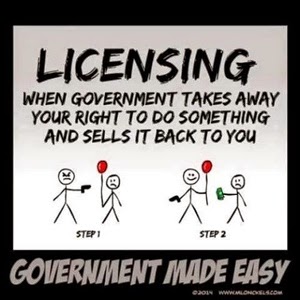 Found this interesting thing this morning.  Injection molding with your 3D printer...

University makes war drones and so can you

University Lab in Ukraine Makes War Drones (and so can you)

Weapons for war. For robotics lab at the Step IT Academy in Kyiv, this means using 3D Printers to create drones used by the Ukrainian army.

Dmytro Franchuk, deputy head of the robotics lab and its key drone engineer, says production is based on 3D printers that use up 20 kilograms of plastic daily. Lab's 30 drones, paid for by volunteers, are actively used at the war front now.

Despite a peace agreement, drone production is in full capacity at the university lab

The University made drones are unarmed, can capture images from a maximum distance of 2.5 kilometers and stay in the air up to 20 minutes.

Their average cost is $1,200, while the accompanying equipment for the drone makes the total cost $3,000. A large part of the drone's cost is human capital used for the production, testing and teaching how to use the gadget.

Compared with the regular price of advanced drones reaching up to $30,000, those developed by the robotics lab in Kyiv are much more affordable.

This is grass roots warfare.  the University Lab's head Ivan Dovgal, the former Step IT Academy head, said the government has not ordered mass production of his drones. He blames bureaucracy and lack of cash in the budget.
“It is hard to estimate the exact cost of one drone," Franchuk says. “You need to build a couple of vehicles and let them crash before you can finally tell whether it is a working product or not."

Training for troops takes one week. The director of the lab laments this task as he is the only one qualified to train and he is still has to run the production side.

This is coming fast.  The other day I heard from some non-US based RC hobbyists who were buying parts from Hong Kong (HK) based Hobbyland.  Their parts were stopped in customs due to a Kafkaesque new rule, 'recommended' by the goons in DC.

Those in DC are way ahead of us on this matter.  Restrictions will be coming.

What does this mean?

It means that assembled electronic boards like the open source Ardu-pilot which is made in Tijuana and somehow has USGOV export rules applied to it, will be hard to buy or will need licensing and background checks.  Of which only the USGOV statist allies will be able to get.

Never fear though.  The boards themselves are simple enough, the chips themselves will still be available or easily smuggled.  You will just have to take a vacation to HK or shotgun packages of undeclared chips from HK to recipients around the US.

I have also seen some interesting methods to extend the range and control these machines using wi-fi routers lately.  Interesting times ahead.